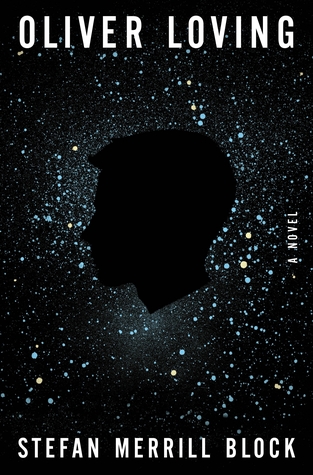 Spoiler-free Review of an ARC provided by the publisher as part of a giveaway.

​From a celebrated literary talent comes a brilliant, propulsive novel about family, the traumas and secrets that test our deepest bonds, and the stories that hold us together.

One warm, West Texas November night, a shy boy named Oliver Loving joins his classmates at Bliss County Day School’s annual dance, hoping for a glimpse of the object of his unrequited affections, an enigmatic Junior named Rebekkah Sterling. But as the music plays, a troubled young man sneaks in through the school’s back door. The dire choices this man makes that evening —and the unspoken story he carries— will tear the town of Bliss, Texas apart.

Nearly ten years later, Oliver Loving still lies wordless and paralyzed at Crockett State Assisted Care Facility, the fate of his mind unclear. Orbiting the still point of Oliver’s hospital bed is a family transformed: Oliver’s mother, Eve, who keeps desperate vigil; Oliver’s brother, Charlie, who has fled for New York City only to discover he cannot escape the gravity of his shattered family; Oliver’s father, Jed, who tries to erase his memories with bourbon. And then there is Rebekkah Sterling, Oliver’s teenage love, who left Texas long ago and still refuses to speak about her own part in that tragic night. When a new medical test promises a key to unlock Oliver’s trapped mind, the town’s unanswered questions resurface with new urgency, as Oliver’s doctors and his family fight for a way for Oliver to finally communicate — and so also to tell the truth of what really happened that fateful night.

A moving meditation on the transformative power of grief and love, a slyly affectionate look at the idiosyncrasies of family, and an emotionally-charged page-turner, Oliver Loving is an extraordinarily original novel that ventures into the unknowable and returns with the most fundamental truths.​

Let me start off by saying: this is not a bad book. But I have put off writing this review for over a month now because I just didn’t like it at all. There are people out there who will probably love this book. Unfortunately, I just wasn’t one of them.

But you were a boy who had developed a nearly anaphylactic aversion to prolonged eye contact, and you looked away, gaped awkwardly up at the sky: a poor decision.

The Good: Stefan Merrill Block is an incredible writer. The writing in this book is just so lyrical, so beautiful. I had to stop to reread passages several times because they struck me just so. There’s even a queer character! Nice!

The tragedy of love, you had learned from ten years spent looking up at your mother, is that it is only possible to love perfectly a person who is lost to you…

Unfortunately, everything felt far too scattered for me. The book tried to cover a plethora of topics and in doing so, didn’t really pay justice to any of them. I didn’t find myself connecting to any of the characters, they all felt too flawed, in a way. Rebekkah felt like a cardboard cutout of a teenage girl. Oliver didn’t actually care about any of the bad things happening to her as long as he got to be the white knight that saved her. I also had an issue with the way assault victims were portrayed that I can’t really get into without spoiling anything.

So, for me, there was just too much bad to outweigh the good. If it sounds like something that would interest you, I think it’s worth a shot! But if you don’t find yourself enjoying it, I think it’s also worth DNFing.