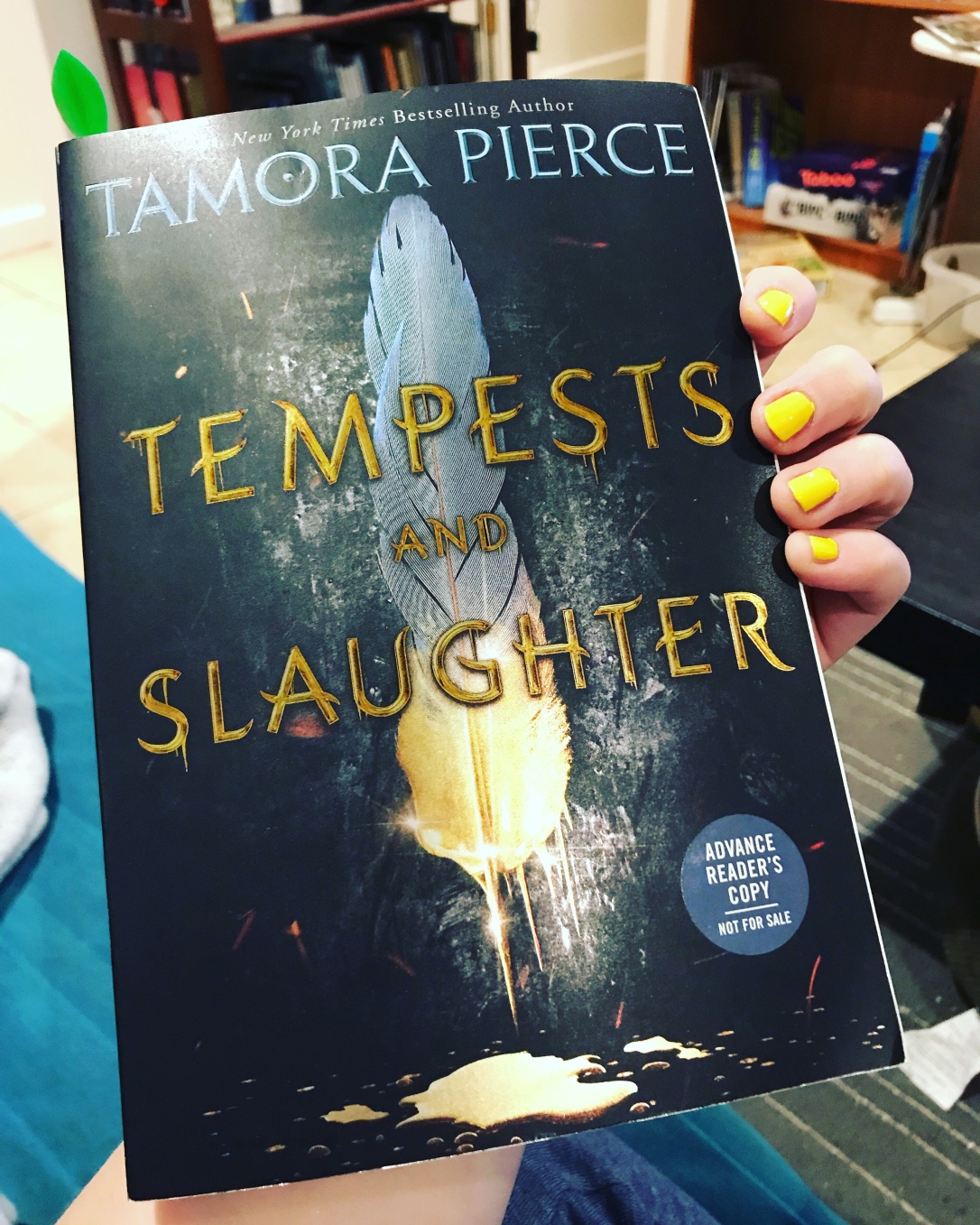 Spoiler-free review of an ARC provided by the publisher via Goodreads giveaway.

Arram. Varice. Ozorne. In the first book in the Numair Chronicles, three student mages are bound by fate . . . fated for trouble.

Arram Draper is a boy on the path to becoming one of the realm’s most powerful mages. The youngest student in his class at the Imperial University of Carthak, he has a Gift with unlimited potential for greatness–and for attracting danger. At his side are his two best friends: Varice, a clever girl with an often-overlooked talent, and Ozorne, the “leftover prince” with secret ambitions. Together, these three friends forge a bond that will one day shape kingdoms. And as Ozorne gets closer to the throne and Varice gets closer to Arram’s heart, Arram begins to realize that one day soon he will have to decide where his loyalties truly lie.

In the Numair Chronicles, readers will be rewarded with the never-before-told story of how Numair Salmalín came to Tortall. Newcomers will discover an unforgettable fantasy adventure where a kingdom’s future rests on the shoulders of a talented young man with a knack for making vicious enemies.

I have been a Tamora Pierce fan for as long as I can remember. My first read by her was Wild Magic and I’ve adored just about everything I’ve read by her since (for some reason I can’t get into the Circle of Magic series, but I guess that’s a personal problem). When I saw that Tempests and Slaughter, the first in a series detailing the youth of Arram Draper (later known as Numair), I almost died of excitement.

I was lucky enough to win an ARC through a Goodreads giveaway, which I practically inhaled. It was wonderful to get to see a different side of Numair and to see his beginnings. I loved finding the characters who I knew would continue to play a role in his future, and who I recognized from the other Tamora Pierce books I’ve read.

In my opinion, this does lean a little more towards MG than YA, mainly due to Arram’s age at the outset of the book (around 11, if I remember correctly). While I’m not usually a MG reader, I love the world and characters that Tamora Pierce constructs and didn’t have much of an issue with it. In fact, when I finished it, I pined over the fact that I would have to wait for a sequel and almost immediately picked up Wild Magic to reread.

Tamora Pierce fans will love dipping back into the world they’ve already grown to love, and I recommend Tempests and Slaughter wholeheartedly.

7 thoughts on “Tempests and Slaughter [review]”