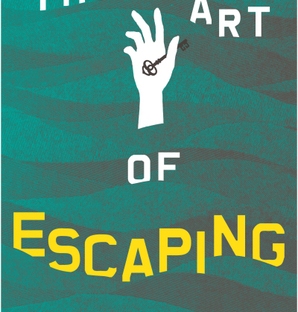 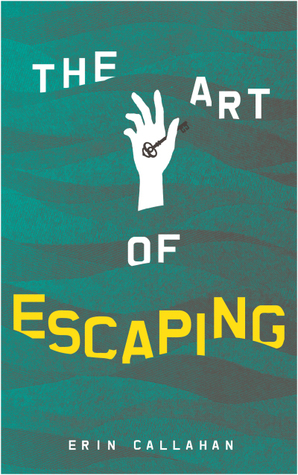 Seventeen-year-old Mattie is hiding her obsession with Harry Houdini and Dorothy Dietrich from everyone, including her best friend Stella. When Stella takes off to boarding school for the summer, all of Mattie’s anxieties bubble to the surface, leaving her feeling adrift. To distract herself, she seeks out Miyu, the reclusive daughter of a world-renowned escape artist whose life and career were snuffed out by a tragic plane crash.

With Miyu’s help, Mattie secretly transforms herself into a burgeoning escapologist and performance artist. Away from the curious eyes of her peers, she thrives in her new world of lock picking, straitjackets, and aquarium escapes. But when Will, a popular varsity athlete from her high school, discovers her act at an underground venue, she fears that her double life is about to be exposed. But instead of outing her, Will tells Mattie something he’s never told anyone before and the two of them find out that not all secrets can remain secret forever.

Told through the perspectives of the witty main characters, this funny and fresh debut explores the power of stage personas and secret spaces, and speaks to the uncanny ways in which friendships transform us.

This ended up being a relatively cute contemporary read that I worked my way through pretty quickly. The writing was good, the plot itself was very original, and the characters were well-developed. I enjoyed it, but I didn’t love it, and I think that’s because I didn’t feel invested enough in the story itself. At no point did I feel any concern that things wouldn’t turn out okay.

Maybe I’m just too distanced from high school now, but Mattie’s problems just… didn’t feel like real problems to me. She’s training to be an escapologist — a death-defying badass — but she’s terrified that people will find out and post something mean about her on LifeScape (this world’s version of Facebook). I feel like a story that focused more around her struggling through the training itself and less around her fears of exposure would have been more compelling for me.

There were actually more things (Mattie’s training aside) that didn’t feel fully fleshed out to me. Near the beginning, Mattie randomly has a nightmare about… LifeScape. This struck me as bizarre, but what struck me as more bizarre was that these (allegedly regular) nightmares didn’t come up again. Sure, her fear of being ridiculed on LifeScape came up a few more times, but it seemed more like an afterthought than anything else. I’m hoping this ends up more fully developed or pulled altogether from the finished copy.

The implication that Mattie’s secret double life and Will’s sexuality were on a similar level of potential life-destruction also made me uncomfortable. This is touched upon, but placing them side-by-side and making Mattie’s problems the main focus really felt to me like it was inadvertently minimizing the very real issue of coming out. I don’t think this was intentional by the author at all, but that was still the impact that I personally felt.

It also really caught me off guard and really upset me that Mattie is constantly disgusted by her brother’s inability to do anything when the narrative makes it clear that he is depressed and an alcoholic. To be fair, the author did note that the final copy clears up some ableist language, but I’m not sure how thoroughly this part of the plot was changed — the implication is that Mattie thinks she can inspire her brother to pull himself together, or something? When it seems like he really needs help and everyone is just… letting him languish.

Besides that, there were a few other things that made me cringe. Mattie sleeps with her older brother’s drunken friend — but she was 16 or 17 at the time, and he was in his mid-twenties. She also has hella “not like other girl” vibes. I think it’s fine to be different and quirky, but this treads dangerously on “I’m better than other girls because I do alternative things” territory. There are a couple other things, but mentioning them would be spoilers and I’m going to avoid that for now.

Overall, it was a fun, enjoyable read, but I worry about some of the content and hope things were cleaned up for the final copy.

6 thoughts on “The Art of Escaping [review]”