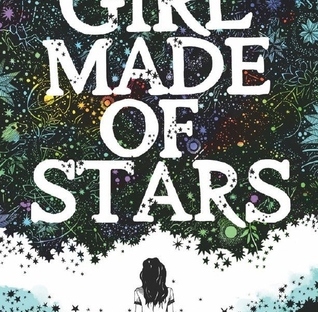 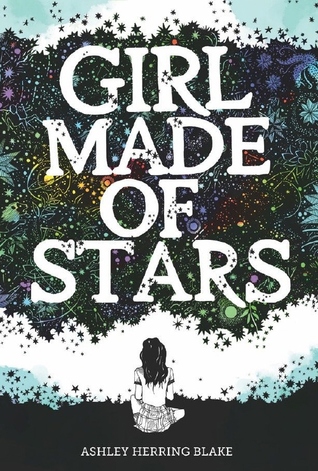 Girl Made of Stars by Ashley Herring Blake
Published by HMH Books for Young Readers on May 15, 2018
my rating: ⭐️⭐️⭐️⭐️⭐️
Goodreads avg: 4.25 (as of 2018-09-18)
cw:rape, molestation, pedophilia, biphobia, homophobia, victim blaming, depictions of anxiety and panic attacks, PTSD

For readers of Girl in Pieces and The Way I Used to Be comes an emotionally gripping story about facing hard truths in the aftermath of sexual assault.

Mara and Owen are as close as twins can get, so when Mara’s friend Hannah accuses Owen of rape, Mara doesn’t know what to think. Can her brother really be guilty of such a violent act? Torn between her family and her sense of right and wrong, Mara feels lost, and it doesn’t help that things are strained with her ex-girlfriend, Charlie. As Mara, Hannah, and Charlie come together in the aftermath of this terrible crime, Mara must face a trauma from her own past and decide where Charlie fits into her future. With sensitivity and openness, this timely novel confronts the difficult questions surrounding consent, victim blaming, and sexual assault.

As I said in the brief, one-sentence review I managed to spin out immediately after finishing Girl Made of Stars: This is one of the most painful, difficult reads I’ve ever experienced, and it still managed to end on an empowering, hopeful note. It’s been on my radar for a while now and I just hadn’t gotten around to it yet. I was actually picking up another book from the library for a buddy read that I’m doing when it caught my eye. I spontaneously snatched it up and I’m so, so glad I did. I think it was truly the perfect time for me to read this book.

I wish I could take a picture of myself right now, so I can remember this fiery girl, hold on to her.

It’s difficult to know where to begin with a review like this. First and foremost: take care of yourselves, loves. This is about the nitty gritty of rape culture, the many ways in which women can be both assaulted and undermined. It’s about the guilt, and the uncertainty, and the grey areas of being a survivor, as well as the difficulty of learning that someone you trust isn’t as safe as you thought they were. I managed to finish it in one evening, but I had to put it down a couple times to just take a spin around the apartment to get my head out of the story. Ashley Herring Blake writes a world that feels so real and is so easy to live in, that it grips you in a deeply emotional way.

Everything is handled so beautifully in this book. In addition to focusing on rape culture and survivors, the main character also deals with sometimes crippling anxiety and PTSD. She’s also bisexual, which is mentioned explicitly on-page (as a bi woman, I was extremely excited about this), and her best friend/ex is genderqueer (this is the only rep I can’t speak to personally, but I’d be happy to share ownvoices reviews if y’all have any). There are also some great scenes where actively asking for consent is demonstrated and emphasized, which I’m always a huge fan of seeing (particularly in YA).

For all the girls whose names I’ll never know.
For me.
Girls made of flesh and bone.

I can’t even get into everything this book manages to explore, but somehow it does it all without feeling like the author is trying to pack too much in. I went through the full gamut of emotions while reading this. I spent the last half an hour of reading just sobbing in bed, but that was in part because I felt so validated and loved and understood. If you can manage the content, I cannot recommend this book highly enough. It was truly a beautiful, if difficult, experience and deserving of so much support and recognition.

4 thoughts on “Girl Made of Stars [review]”