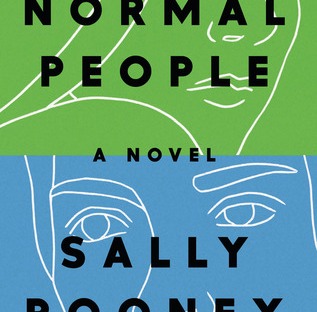 I’m getting this done a bit later than anticipated, but that’s ok. I’ve made it through 41 books so far this year, a decent amount of which have been backlist reads. I’m only going to let myself use ONE book for each answer to keep things spicy, and I’m not allowed to reuse answers.

Normal People, thanks to the Women’s Prize & Sally Rooney!

New release you haven’t read but want to

There are loads, but the most anticipated I have yet to read (that has already been published) is The Wise and the Wicked by Rebecca Podos!

Most anticipated release in the second half of 2019

This was tough, but I probably have to go with the upcoming Joe Hill short story collection!

Thankfully I’ve been pretty blessed as far as reading goes this year, but I’ll have to go with An American Marriage for this.

Probably If, Then which I did expect to enjoy, just not as much as I did!

Becky Chambers! After The Long Way, I’m excited to read more of her work.

Probably Henry or Alex from RW&RB!

A book that made you cry

I’ll Be Gone in the Dark. Oof.

A book that made you happy

I haven’t actually watched any this year??

Probably in part due to recency bias, I’ll pick Evicted.

Probably the copy of Waking Gods I bought last weekend.

Books you need to read by the end of the year