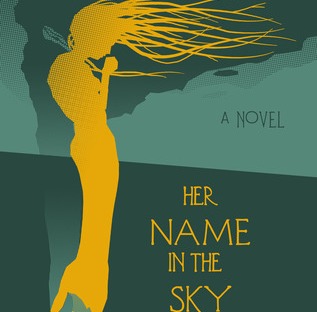 Hannah wants to spend her senior year of high school going to football games and Mardi Gras parties with her tight-knit group of friends.

The last thing she wants is to fall in love with a girl–especially when that girl is her best friend, Baker.

Hannah knows she should like Wally, the kind, earnest boy who asks her to prom. She should cheer on her friend Clay when he asks Baker to be his girlfriend. She should follow the rules of her conservative Louisiana community–the rules that have been ingrained in her since she was a child.

But Hannah longs to be with Baker, who cooks macaroni and cheese with Hannah late at night, who believes in the magic of books as much as Hannah does, and who challenges Hannah to be the best version of herself.

And Baker might want to be with Hannah, too–if both girls can embrace that world-shaking, yet wondrous, possibility.

Oof, this was a tough read. As the blurb states, this is about a girl falling in love with her best friend and struggling with those feelings. What the blurb leaves out is that both girls attend Catholic school and that their faith is quite important to them, as well as the people around them. Having grown up surrounded by plenty of Catholic family members, I found this quite an interesting slant to things, but I can definitely see that making this a difficult or impossible read for some people.

She wakes, hours later, in terror. She sits straight up in bed with her heart sprinting in her chest. Her face and neck are damp with cold sweat. She sweeps the back of her hand across her forehead and remembers, with the force of a stone slinging down into her belly, that she had been dreaming about God.

I thought Kelly Quindlen did an excellent job portraying high school friendships. The kids were all goofy and raucous and constantly referencing inside jokes. Unfortunately, it was so realistic that it grated on me at times and I found it a bit over-the-top and obnoxious. But I can respect the fact that this book was certainly not written for a 27-year-old, so the things that bother me aren’t likely to bother a teenage reader. And in a way it was quite nostalgic. I’ve had friendships like those and they are something very high school. Additionally, juggling a cast of six characters is quite difficult, but Quindlen handles it well. They are all their own discrete people with different mannerisms.

She tries to ask God, but she can’t seem to find God anywhere.

As I’ve already stated, I found the religious aspect to be quite interesting. Hannah struggles deeply with what she’s always been told about gay people contrasted with the feelings she herself is feeling. There’s a lot of potentially triggering content, as Hannah literally tries to pray the gay away. The scenes with her begging God for answers were absolutely heartbreaking and, while not really religious myself, I desperately hoped she would find a way to reconcile her faith with her sexuality. And it is really nice to see a book that seeks to find a connection between queerness and religion rather than abandoning faith entirely due to conflict. I think a lot of religious, particularly Catholic, folks in the lgbtq community will see themselves in this and appreciate it.

Sometimes I think God reacted the way he did because he was so, so anguished that Adam and Eve hated something about themselves. They didn’t realize how beautiful they were in the Garden. They didn’t realize how perfect they were in their love. When their eyes were opened—when they saw that they were naked—they felt as if they had to cover themselves. They thought what God had made was shameful and embarrassing and wrong. Can you imagine how that made God feel? How his heart must have ached to see them denying their beauty, their humanity, in front of him like that? It’s the most heartrending part of the story.

Overall, I think this is quite an important book for young adults. It offers a new path that I think a lot of stories bypass. And that’s fair, I can see why religion is hard for a lot of lgbtq people, but I can also see how it helps others. This is a tough read, but it’s also an important story of self-revelation and self-acceptance. I definitely recommend it if you think you’d find these topics interesting, or if you’re intrigued by any aspect of the premise.

3 thoughts on “Her Name in the Sky [review]”