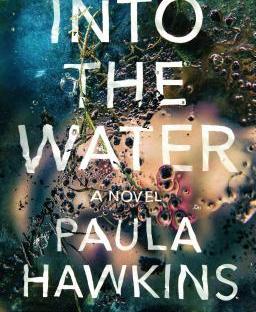 A single mother turns up dead at the bottom of the river that runs through town. Earlier in the summer, a vulnerable teenage girl met the same fate. They are not the first women lost to these dark waters, but their deaths disturb the river and its history, dredging up secrets long submerged.

Left behind is a lonely fifteen-year-old girl. Parentless and friendless, she now finds herself in the care of her mother’s sister, a fearful stranger who has been dragged back to the place she deliberately ran from–a place to which she vowed she’d never return.

With the same propulsive writing and acute understanding of human instincts that captivated millions of readers around the world in her explosive debut thriller, The Girl on the Train, Paula Hawkins delivers an urgent, twisting, deeply satisfying read that hinges on the deceptiveness of emotion and memory, as well as the devastating ways that the past can reach a long arm into the present.

Beware a calm surface–you never know what lies beneath.

Into the Water follows a multitude of characters in small-town England following the death of one of the town’s inhabitants. Only, as it turns out, many others had perished in a similar way. I did find this quite engrossing at first. The mystery was intriguing and the backstory that was being slowly revealed was enough to keep me interested. I initially thought that what the novel was trying to say was good — something about how women have been dismissed and disposed in similar ways over time.

Part of where things fell apart for me was the large cast of characters. I found it somewhat difficult to follow who was who, and would get thrown out of the story while I tried to remember. There was also a plotline about rape that I just didn’t love. I recognize that this is certainly more of a personal opinion rather than anything else, but I felt that it was handled sort of strangely and the message that it was trying to relay, while commendable in nature, came across as flat and trying too hard. There is a way to discuss and portray the nature of victim-blaming and coming to terms with assault without throwing it in your audience’s face that you’re doing so, which is what I felt like happened here.

Another very specific thing I disliked was that there was one queer character whose queer identity was not known until near the end of the novel, where another character viciously outed them using slurs. This happened in a single paragraph and was never acknowledged again. I wouldn’t even deign to say that this has lgbtq rep, as it is so brief and poorly used — it is literally for shock value.

Aside from the few points above, I can see why people would enjoy this. As a thriller it’s decent and the red herrings make it quite difficult to pinpoint exactly what is going on until the end. It’s another book that I wouldn’t outright recommend, but also wouldn’t necessarily dissuade anyone from reading unless anything I’ve mentioned sounds like a dealbreaker to you.

12 thoughts on “Into the Water [review]”