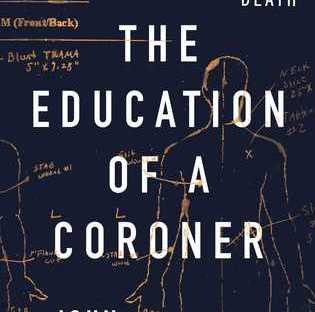 **Note: I received this book from Netgalley in exchange for my honest opinion. This in no way impacts my review** 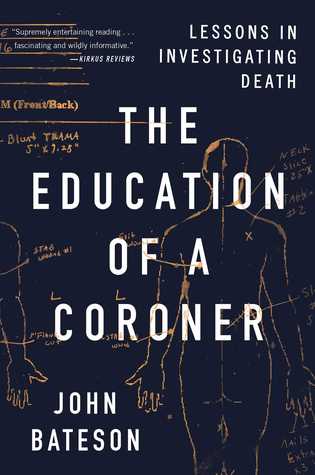 In the vein of Dr. Judy Melinek’s Working Stiff, an account of the hair-raising and heartbreaking cases handled by [Ken Holmes] the coroner of Marin County, California throughout his four decades on the job—from high-profile deaths to serial killers, to Golden Gate Bridge suicides.

It’s been a hot second since I’ve read some nonfiction and I was really looking forward to this book. I plucked it off Netgalley, thinking that it looked fascinating. From the beginning, it reeled me in. I think a lot of us find the concept of death fascinating, and the idea of what follows here, in the corporeal world, isn’t something I’ve thought much about, even though I’ve watched many crime dramas.

For instance, I had no idea what a coroner’s job entails. What I’ve gathered is that it’s a great deal of investigative work and a position that requires intensely strong people skills, observational skills, and strength. Coroners quite literally see it all, and they assist the police very closely in their work when a death doesn’t appear to be natural. It was really interesting to discover how the system operates after a person dies.

As much as I enjoyed Holmes’ anecdotes towards the beginning, things began to feel off to me about a quarter through the book. There’s one specific quote that set me off, in which Holmes completely discredits a woman’s rape allegation by saying that she was too heavy and not attractive enough to have been raped. He also throws in some casual racism regarding the situation.  I have no idea why the author thought this was appropriate to include because, to me, it discredits Holmes as a serious investigator. How many other alleged crimes has he shrugged off because of how a woman looks? He talks about the injustices that the dead face, but how about the living?

Holmes then went on to tell what he thought was a heartwarming, funny story about a late coworker who egged on a bartender by speaking in a “Middle Eastern” accent. In talking about a robbery that he experienced, Holmes explained that he didn’t pull out his gun because the store was “filled with women” who could have been hurt–as if he is only concerned with hurting women. And there was a horrifying story in which a man told Holmes that he was going to kill himself and Holmes did nothing.  In most instances it is required, if not legally then at the very least morally, to inform someone in a situation like that. Not only did Holmes keep this information to himself until after the fact–he also seemed not to express remorse for this decision, which struck me as shady and wrong.

In addition to all of that, I felt super uncomfortable about the fact that the book referred to all the deceased by name and revealed intimate information about their lives and families. Some of these cases were decades old, but some weren’t. I understand that most, if not all, of this information is probably public record, but it just felt really voyeuristic and like it was taking advantage of the deaths of all of these people just for the personal gain of these two men, Holmes and the author.

After these issues started creeping in, the book began to drag on for me. It’s less about the life of a coroner in general and more a memoir about one specific coroner’s career. It is also important to note that Holmes is a relatively privileged man working in an extremely privileged environment (“Marin ranks in the top one percent of counties nationwide in terms of affluence and overall health”) and that this is an extremely biased view of both life and death.

Generally an okay read and maybe something I’d recommend to folks interested in forensics, but I enjoyed it much less than I thought I would.

Thanks to all for reading! Do you plan to read The Education of a Coroner? Please share your thoughts in the comments. You can also find me on Twitter and Goodreads.