Good morning, everyone! I’m practically falling over my keyboard after last night’s adventure, I was in such a buzz that it took me forever to fall asleep. Anyway! Onto the exciting stuff.

Last week, I was scrolling through Facebook, when I happened to see an event for Joe Hill’s book launch of Strange Weather. It was taking place at Brookline Booksmith, a local bookstore (probably my new favorite place). I had an appointment beforehand, so I wasn’t sure I would make it over in time–in part because I didn’t know what kind of turnout to expect, and whether I’d make it inside or not. Luckily, I managed to get in and had plenty of time to buy a copy of Strange Weather and to settle into my seat in the back row.

Joe’s introduction was hysterical–the employee told the story of the first time they had met him and then he stepped up to the mic. I could barely see him from where I was seated, but he was such a dynamic, animated speaker. He read an excerpt from the story “Aloft” (a graphic piece that drew some laughter from the crowd) and then spent most of the hour doing a Q&A. He was kind to all of the question askers, and told plenty of funny stories, along with giving serious answers. Some highlights:

All-in-all it was a great experience! After the reading, everyone lined up for autographs and photos. I told him that I was blown away the first time I opened up Locke & Key because half my family lives in Nahant, MA and he responded, “oh yeah, it’s literally Nahant.” For those of you who don’t know, Locke & Key takes place on the fictional island of Lovecraft, MA and Lovecraft very closely resembles the town my mom grew up in. I’ll put some side-by-side photos below for comparison. You’ll see what I mean, I saw the resemblance as soon as I opened the comic.

In addition the the aerial shot, inspiration was also drawn from Swallow Cave, and from the old bunkers scattered around the island. I’ll have to get some more comparison shots at some point. Anyway, this was an incredible experience and I’m so glad I made it. I’m definitely going to keep my eye open for more events at Brookline Booksmith (Mark Z. Danielewski is doing one in a couple weeks and I’m stoked!!!). Have any of you attended a bookish event like this? What was it like? Let me know in the comments! 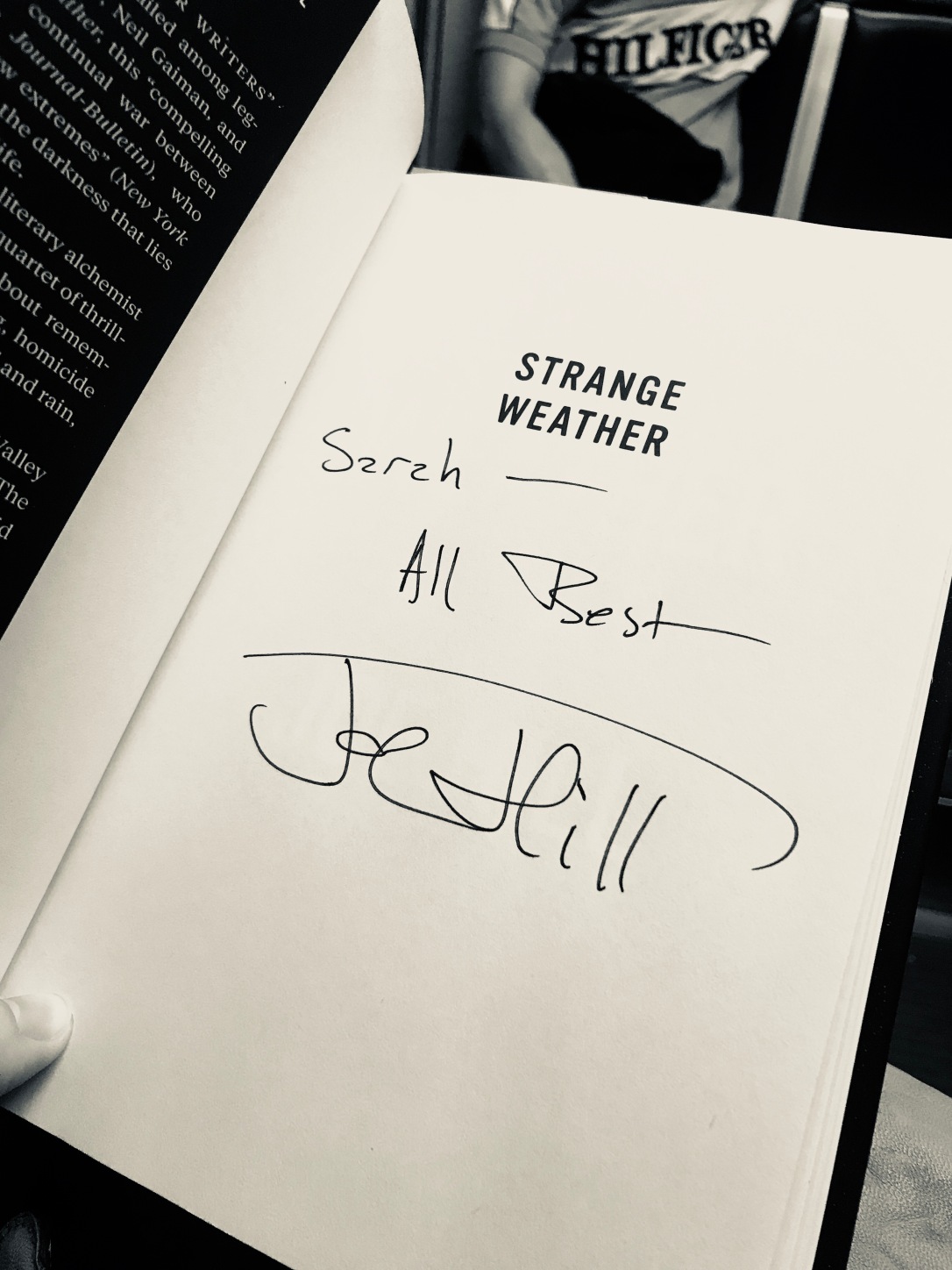